The model in Cao (2018) is similar to the one in Heaton and Lucas (1996) with several main differences. First and foremost, the two representative agents might differ in their beliefs on the transition matrix for the exogenous Markov process. Therefore, it departs from the rational expectations assumption. Cao (2018) uses agent index \(i\in \{\text{O},\text{P}\}\), which stands for optimists or pessimists. Second, the agents are subject to a collateral constraint, besides the short-selling constraint:

where \(m\in(0,1)\) denotes the margin requirement when agents purchase stock with leverage.

The model is solved with Cao2018_HL.gmod

This should look familiar if you already saw the Heaton and Lucas (1996) example (our toolbox algorithm to solve their model is also different from their original algorithm). The new element of the model, heterogeneous belief, is incorporated in the following two lines

In the ergodic distribution of wealth share in the following figure, using the pessimists’ beliefs as the correct beliefs, the optimists own large fractions of total wealth despite the fact that their beliefs are incorrect (because return to equity is higher than return to bond when the optimists’ wealth share is relatively low). 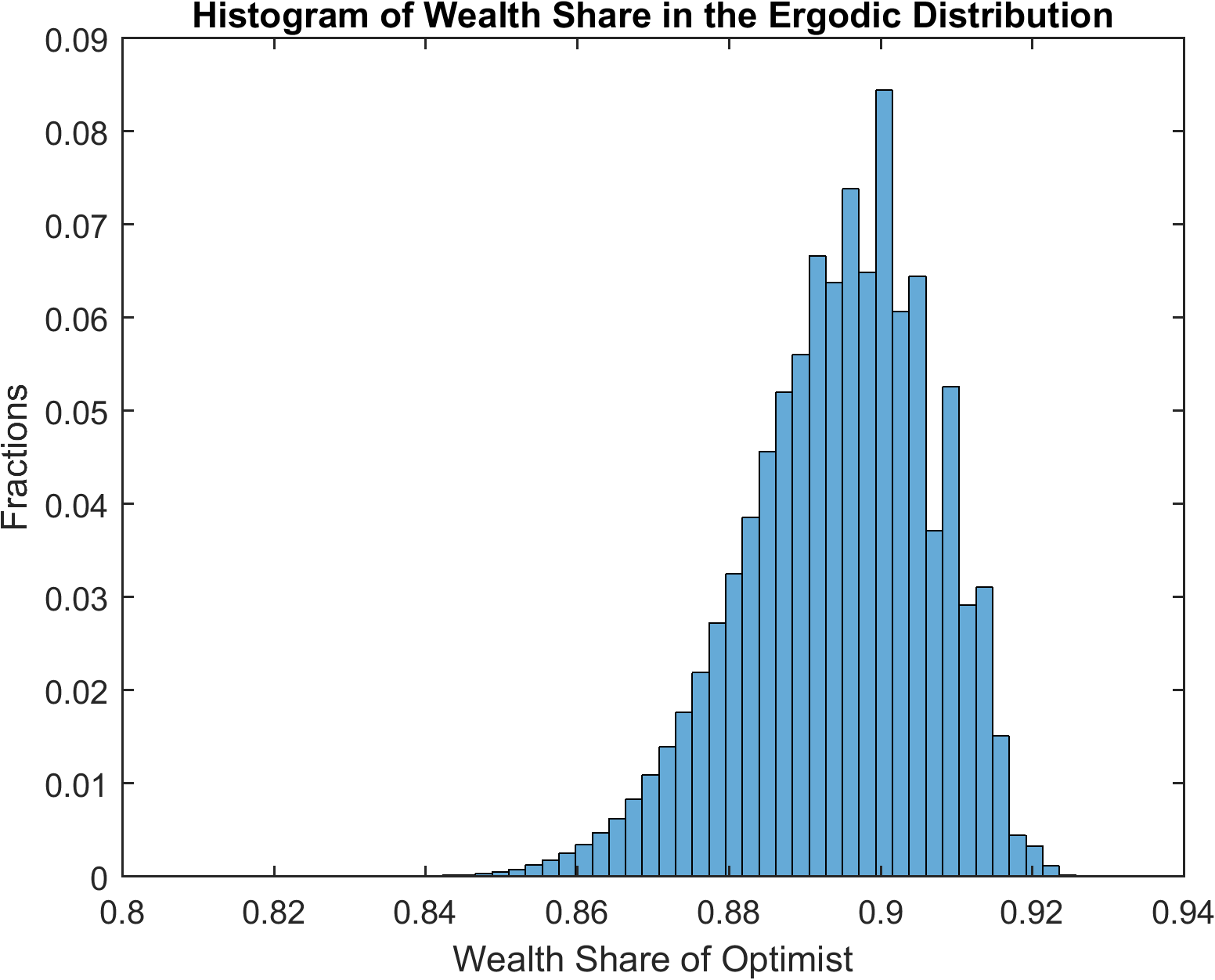